The Survival Of The Fittest

Whether you’re already an entrepreneur, or just thinking about becoming one, you are invariably motivated by one of two things, or maybe even both—passion and necessity. Very often, entrepreneurs do what they do simply because they like it and want to do it. And because entrepreneurs, particularly very successful ones, rarely do anything half-way, they tend to pursue their lives and their businesses with a unique intensity. In short, they are passionate about how they live and work.

Sometimes though, entrepreneurs start a business because they have to. Maybe it was because they were laid off from their jobs, or even worse, fired. Perhaps their company went out of business and left them out of work, or didn’t pay them enough money. In today’s economy, it’s not uncommon to see whole industries collapse when their markets dry up, as we’re seeing with real estate, construction, mortgage lending and automobiles. Many of today’s highly successful companies were started by entrepreneurs and bred from pure necessity, plain and simple.

Entrepreneurship carries with it many rewards—and many risks. It is often said that when you are self-employed, you wake up unemployed every morning. But according to Experian, one of the three biggest credit reporting agencies, self-employed entrepreneurs make about 25% more than the general population. Of course when you really consider income differential, you also need to realize that most of the wealthiest men in America made their fortunes as entrepreneurs. Bill Gates, Warren Buffet, Donald Trump and Sam Walton are all self-made billionaire entrepreneurs.

But what about the risks? According to Entrepreneur Magazine somewhere between 85 and 94% % of all new business fail within the first 5 years. According to Dr. Gregory B. Murphy, associate dean and director of the MBA program for the College of Business at the University of Southern Indiana, the number of small businesses that close up shop due to severe financial distress such as bankruptcy is more on the order of 30%–40%. Regardless, this is still a huge rate of attrition.

Regardless of the risk, according to a study of entrepreneurs conducted by Master Card International, 65% of small business owners would tell a friend to start a business now, rather than wait a year. And according to MSNBC, small businesses are responsible for over 75% of the net new jobs in the economy.

These businesses often start very small—called micro businesses—and then grow rapidly. The US Census Bureau reports that 49% of the nation’s businesses are run from home, and industry analyst the Dieringer Group places the number of Americans running businesses from home at 45.1 million. Today, more so than ever, it is easy to start such a home-based business. Global search engine giant Yahoo reports that well over 75% percent of adults surveyed online indicated that the Internet directly facilitated the launch of their new business.

Based on all of this, regardless of whether you are—or want to be—an entrepreneur based on passion or necessity, you also need to consider the risk versus the reward. The potential benefits are vast and unlimited. The major risk is that you have about a 50% chance of failure. But you can get around that by doing some very basic things.

Leaders are not born. They are created. Anyone can become a leader in any area if they want to. (Read OUTLIERS by Malcom Gladwell) You need to set realistic expectations and manage them aggressively and then stick the bleep in there! Success is almost entirely based on determination—having the discipline to hang in there even when you feel like quitting 1000 times. Most entrepreneurs fail because they simply give up too soon. Free enterprise is really about the survival of the fittest, where only the strongest survive. The formula is simple—figure out what you what and then don’t quit until you have achieved your goals. Period.
Posted by Jay Kubassek at 8:04 AM 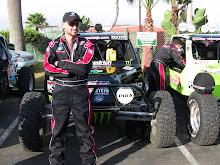 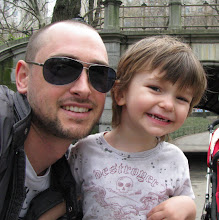